The above thought fills my brain while shaking my head upon seeing blog posts and recipes touting that it is AIP when it could potentially not be.

How do I know?

As Autoimmune Protocol gains traction and will undoubtedly become a new diet trend within the upcoming years, there will be people who claim something belongs to it when it actually does not.

Now we all make mistakes.

I will be the first to admit, when I found out about needing to be Brewer’s Yeast free instead of remaining on Autoimmune Protocol, there was a definite feeling of wrongness there.

Spending so much time and effort into doing something that turned out not to be right can bring on a lot of dismay and disappointment.

Keeping this in mind, please do not assume that I have it out for those that post with these top three ingredients, the fact of the matter is that each of these ingredients can potentially steer someone wrong and it is in everyone’s best interest to note any potential gray areas that are found within this diet regimen in order for each person to make an informed decision.

A notice to proceed with caution.

As in most cases, Autoimmune Protocol does not fully apply to everybody for every case, but is specific to inhibiting carcinogens and ingredients with carcinogenic influencing properties, which from my understanding involves these three ingredients.

One of the most common recipes on may find among AIP Appetizers will be the primary ingredient of Prosciutto. In case you are as clueless as I happened to be in my prior experience coming across the meat, Prosciutto is an aged meat that contains a chemical compound called a Nitrate or Nitrite. This can be a naturally or naturally occurring ingredient in the making of this and many other processed meats.

The common understanding is consuming this ingredient that is high in sodium can adversely affect your cardiovascular system and put you at an elevated risk for heart disease. In the matter of autoimmune protocol this chemical compound can negatively react with the cells triggering an autoimmune flare-up.

In my personal experience at the beginning of my journey I did  try several recipes that included Prosciutto or Bacon, believing that they were AIP compliant when in fact they were not.

After three days of the chemical compound going through my system, flare ups would abound from my consumption of these processed meats. After learning this through keeping my food diary and using the process of illumination, I realized that it did not belong in my diet.

Now keep in mind this was long before I realized that processed meats contained Brewer’s Yeast, a product that I cannot have due to elevating Candida in my body which triggers my Hidradenitis Suppurativa.

Over time I came across more lists restricting processed meats in general, which begs the question about the ingredient truly being AIP across the board.

Since my body is technically against Brewer’s Yeast rather than full scope of Autoimmune Protocol, I would very much appreciate hearing from anyone else’s experience.

Are you 100% AIP compliant with a corresponding Autoimmune Disorder while still having flare ups due to processed meats?

Another element of confusion is when it comes to the popular dressing of Balsamic Vinegar. The truth is that there was never an attempt on my end to even try it because of the common labeling:

I would often forget what that meant and would quickly Google it, only to be reminded that it is simply a preservative.

Autoimmune protocol is an eating regimen that often avoids recommending pre-packaged goods due to it’s potential ingredients that could trigger a flare up.

If you are able to do your own research, you will find that Sulfites can cause skin disorders which are considered Autoimmune.

Are you 100% AIP compliant with a corresponding Autoimmune Disorder while still having flare ups due to sulfites?

Surprisingly out of everyone in my family I am not the one with the sweet tooth. Even in my unhealthiest state I was not one of those people that consumed a handful of sodas everyday. Actually leading up to going on AIP I had increased my water intake substantially to the point where I barely drank processed drinks at all.

Sugar withdrawal will be probably one of the biggest hurdles you will face as you attempt Autoimmune Protocol, and the struggle is real.

There are a lot of recipes for Autoimmune Protocol featuring decadent baked goods and sweet indulgences.

For many those recipes are a god send because when you first start Autoimmune Protocol, having a treat on AIP can feel like cheating death.

The issue is, how much is too much?

After all for Autoimmune Protocol the “sugar” is natural, mainly being either honey, maple syrup, or from a coconut/palm.

Despite being natural, sugar content is still a worthy concern.

Autoimmune Protocol ingredients such as Carob are incredibly high in natural sugar, and often still combined with other sweeteners for recipes.

It is because of that fact that I avoid Carob now, not wishing to worsen my blood sugar in the process.

Supposedly while being Brewer’s Yeast Free you must avoid all sugar, which I personally find impossible.

Sugar is needed in the body just as much as sodium and water. All are needed in order for the human body to properly function.

There have been attempts on my end to try a few dessert recipes for Autoimmune protocol but I am not 100% sure that I was flare-up free afterward.

In order to not risk a binge due to the deprivation, I will continue to consume my smoothies and juices with pulp. In that way I am getting the fibers along with the fruit which will help my blood sugar rather than ruin it. Also consuming sugar that way balances out my sodium intake which can get high whenever I am eating seafood.

There has to be a balance.

It would be good if more consideration about the amount of natural sugar in a dessert recipe was noted, in order to promote moderation when it comes to sweet treats.

Too much of anything can be a bad thing.

Are you 100% AIP compliant with a corresponding Autoimmune Disorder while still having flare ups due to autoimmune protocol compliant sweeteners?

Though Autoimmune Protocol is primarily about trial and error, you have to take an active part in understanding every ingredient that your body is taking in. In that way you can understand more about what your body likes and does not like.

Tell me what you think!

What had been working for you and what has not?

December No Comments
How To Find An AIP Store 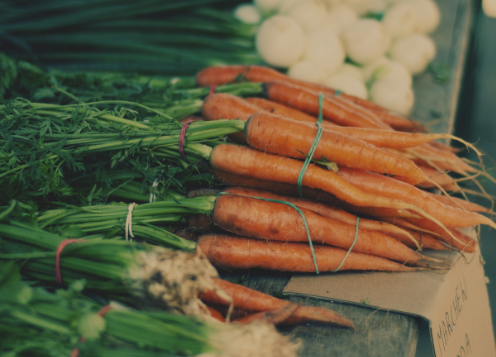